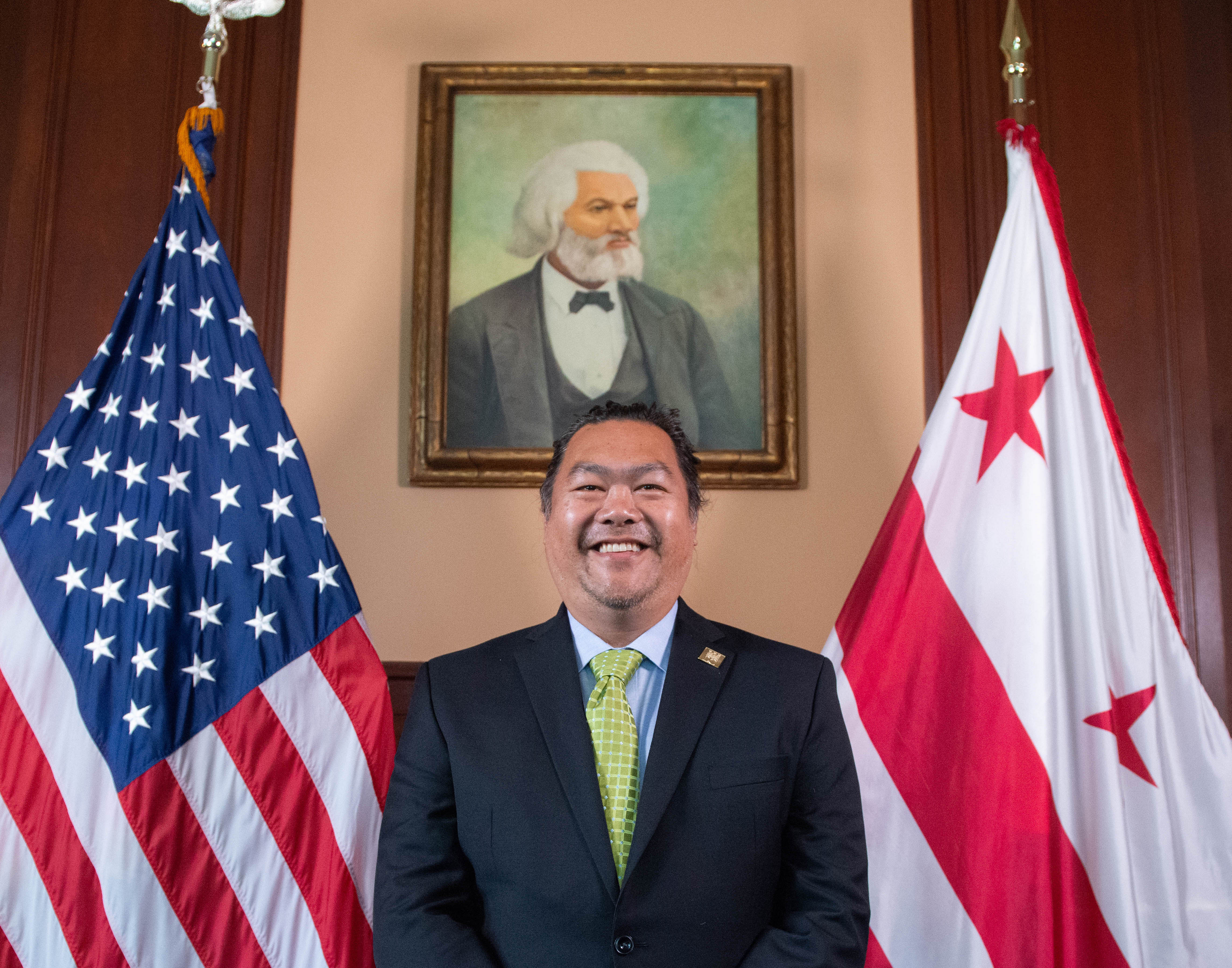 Ben de Guzman is the Director of the Mayor’s Office on Asian and Pacific Islander Affairs (MOAPIA). He has been a leading voice at the local and national level on issues of racial equity, immigrants' rights, veterans affairs, and LGBT justice for more than two decades. He comes to MOAPIA from the Mayor’s Office of LGBTQ Affairs, where he served as the Community Outreach Specialist. During his tenure there, he helped execute two major first time events for the Office- the “District of Pride” LGBTQ cultural performance event and the 32nd Annual 17th Street High Heel Race, presented by the Mayor’s Office as lead organizer.

He has authored articles and op-eds that have appeared in mainstream and special interest media, anthologies, and academic publications, including the Encyclopedia of Asian American Issues Today. In 2015, he received a Community Service Award from Washington DC Mayor Muriel Bowser, and is pleased to come to MOAPIA and help recognize exciting new leaders moving forward. In June 2019, he was recognized by the Capital Pride Alliance in Washington, DC as a Capital Pride Hero. In October 2019, he received one of the Twenty Outstanding Filipino Americans Award for LGBT Advocacy.

Ben is the son of Filipino immigrants and was born and raised in New Jersey. He first moved to the District in 1997 and is a proud resident of Ward 1.

Created in 1987, MOAPIA has been committed to promoting and engaging the District’s Asian American and Pacific Islander (AAPI) residents and business owners so they may successfully integrate into the civic, economic, and cultural life of the District. As the Mayor’s liaison to the AAPI community, we connect AAPI residents and businesses with District agencies to foster efficient and effective partnerships, improve access to services, and help break down language and cultural barriers.

To Learn more about how the Mayor’s Office of Asian and Pacific Islander Affairs can Help you navigate through District government, please contact us at [email protected]
https://www.facebook.com/dcmoapia/
https://twitter.com/dcmoapia
https://www.instagram.com/dcmoapia/